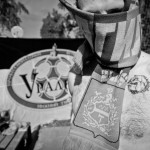 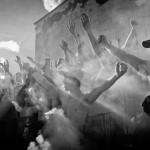 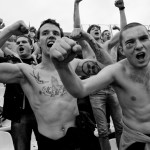 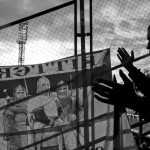 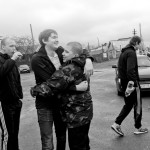 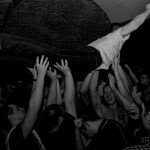 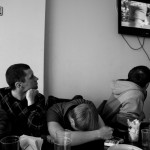 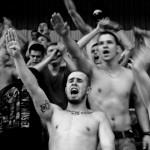 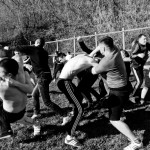 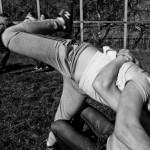 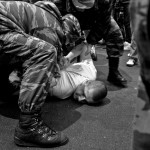 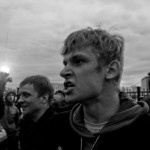 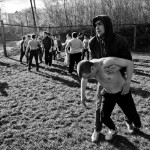 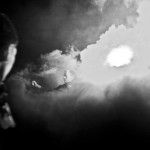 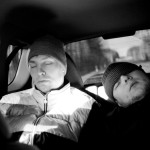 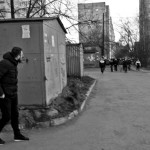 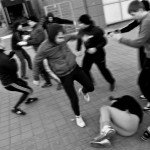 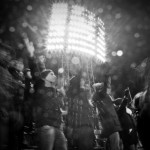 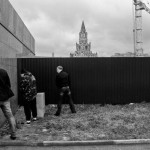 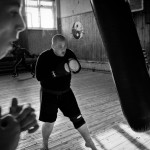 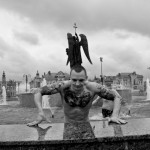 Russian football hooligans movement became popular in the 90’s of the last century. At that time fans started to unite into groups due to several reasons. On the one hand they were  influenced by European «fashion». On the other hand young guys tried to unite in order to defy  the aggressive  groups of other football hooligans.  At first hooligans appeared in St. Petersburg and Moscow but in some time the  wave swept over the whole country.
Nowadays you can easily find hooligan gangs  in every city that has its own football team. The bigger the city is — the bigger the number of gangs is. Moscow and St. Petersburg football teams may have from 20 to 50 gangs. In the provincial cities there may exist about 10-20 gangs.
I’ve been documenting life of football hooligans for 2 years. I travelled with them across Russia  and visited football matches with them. Football unites people not only to watch the matches together. It  also makes them create hooligan gangs to resist their «colleagues» – supporters of other clubs.
No matter what you do in your everyday life, when you join the gang you have to accept its laws. And the main laws are solidarity, strength, unity and discipline. Every gang has its strict  hierarchy and authorities. Before a person joins a gang, he has  to prove himself positively: do sports, attend football matches, be a good fighter , not to be afraid of clashes with other hooligans and police, to love his club and be ready to defend club’s interests.
The number of these gangs members may differ. The age and skills of the fans also vary.  The most aggressive and courageous fighters become leaders of gangs. This ensures continuity and growth of hooliganism.