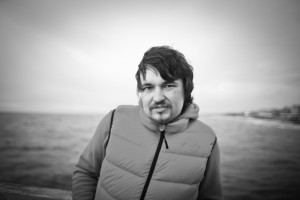 Started his career in photojournalism as a freelance photographer, contributed to a couple of photo agencies in Moscow and St.Petersburg. Studied photojournalism in Galperin photofaculty and Dutch School of media. Participated in workshops organized by VU and NOOR agencies. Participant of New York Times portfolio review and Houston photofestival portfolio review. Works of photographer were shown during screenings of Visa pour l’image photofestival in Perpignan, France. Participated in numerous exhibitions in Russia and abroad. Covered the events on the Maidan, in the Crimea and south-east of the Ukraine, collaborates to Russian and international media. His main activity as a photographer, covers a wide range of social issues, mainly in Russia. He is interested in long-term projects devoted to the problems and phenomena of modern Russian society. Youth and religious movements, subcultures, army subjects, Paralympic sports attract interest of photographer.

1st place at the Efremov’s contest of reportage photography.

Grand-prix at the 8th International festival Photo parade in Uglitch.

Screening in the Museum of Contemporary Art in Zagreb, Croatia during Organ Vida photo festival

1st place at the Efremov’s contest of reportage photography, 2017