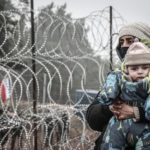 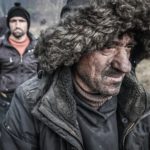 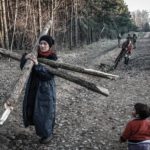 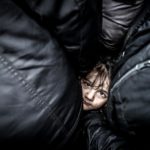 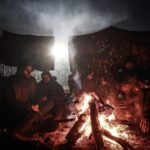 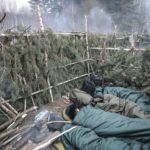 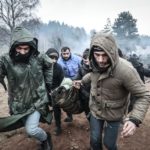 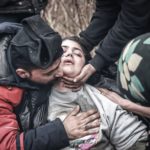 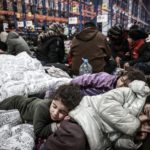 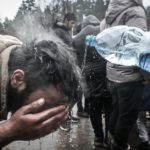 The migration crisis on the border of Belarus arose in the spring of 2021 due to the influx of illegal migrants, mainly from Iraq and Syria, Afghanistan, etc., trying to get into EU countries. Belarus has never faced a migration crisis of this magnitude before. A large spontaneous refugee camp of several thousand people has formed on the border of Belarus and Poland. They were unable to enter the territory of Poland. People lived in makeshift huts, tents or spent the night on the street. There were many women and small children among the refugees. At night they burned bonfires so as not to freeze, and in the morning they began to prepare firewood for these fires. There was very little food in the camp and almost no medical supplies. Many people suffered from hypothermia and hunger, cases of deaths among refugees were recorded. Later, the Belarusian authorities placed these refugees in a large hangar near the border. Some refugees were never able to get to Europe, they had to return to their homeland. Some left the camp for the woods, some stayed in the camp, saying that they had sold all their property in their homeland and had nowhere to return to.