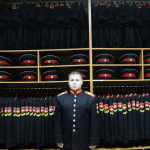 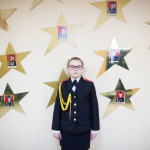 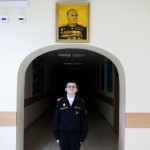 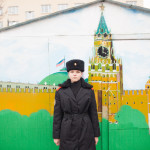 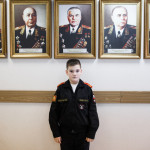 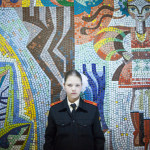 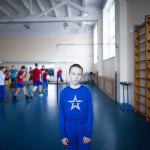 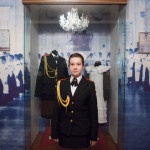 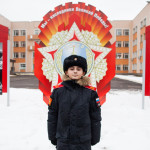 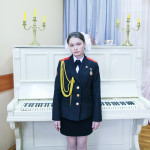 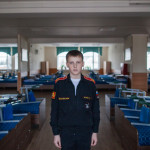 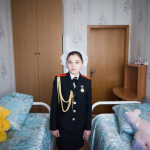 My photo project is a series of portraits of students of several educational institutions that exist under the authority of Russian Ministry of defense. Children from 10 to 18 years study there. By their example I wanted to show how deep and early army enters life of our society and brings its trappings, discipline and orders. Childhood years spent in such institutions as military schools and cadet corps very often determine all the further destiny and life of a person. Many of them devote their lifes to the military forces.

I wanted to tell the audience about children who spent time not in the playgrounds but in the military barracks ( by their parents’ will or at their own wish); about girls who choose military uniform instead of pretty dresses. It is difficult for an ordinary person to understand how it feels to devote your life to the army from childhood, and when military discipline becomes a habit.

Such military educational institutions have recently become even more popular in Russia. Frankly speaking we see now that level of the society’s militarization increases more and more. We see the intention to show the citizens of Russia and other countries the power of Russian military forces. In May students of cadet corps and military schools will participate in the military parade that takes place in the Red square, in Moscow.

It marks the Viktory day. Maybe in some years some of them will have to participate in military actions. Do they understand it now? Maybe they are ready for it since their childhood years because early habits may be saved for the whole life.