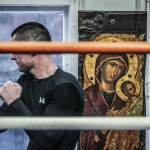 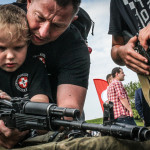 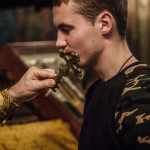 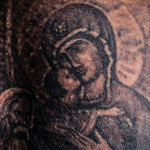 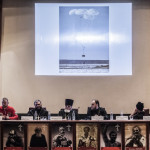 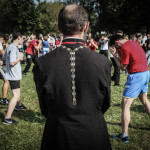 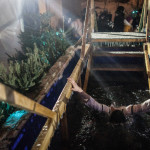 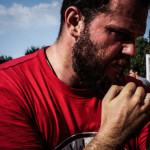 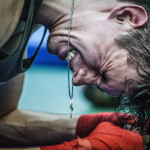 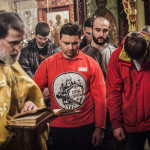 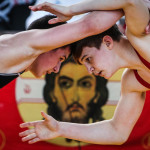 According to the words of heroes’ of my photoproject their movement appeared in 2013, after the event that received a huge response in the society – when a group of people who named themselves Pussy Riot made an action in the main Moscow church – Christ the Savior cathedral. After it there was a long judicial process.

At that time Russian society Broke into two parts: some people were supporting Russian Orthodox Church and judicial system position and some were against it.

On a background of the debates and discontent new youth orthodox movements began to appear one by one. They began to find supporters and foes. After a couple of ambiguous accidents (one of them was a conflict between the supporters and local citizens in the Torfyanka park in Moscow where the government planned to build a new church). After it they began to use such term as orthodox activists.

A new film “Matilda” by Alexey Uchitel also became an issue widely discussed in Russian society. Some of the persons involved in the Russian Orthodox Church activity , some Russian politicians and members of some Russian orthodox movements declare their opposition to this film. According to their words the film defames the name of Russian tzar Nikolay II who was canonized after his assassination. The release of the film caused unrest in the society. There were some accidents with the film director car burning and cinema house burning. The implication of any groups of people to this accidents was not proven.

The appearance of such movements is an example that Russian Orthodox Church began to work with the youngsters, and not only to search for support in the older generation.

As the members of such movements say, there is a stereotype of an orthodox, as an aged person or a person who entered the church to solve some personal problems like alcohol or drugs addiction.
People involved into new orthodox movements want to show that an orthodox should be strong mentally and physically. That is why it is important to visit not only church but a gym as well. They often notice that there are many Russian orthodox icons that draw saints with swards in their hands, ready to protect their native land and belief.

I tried to show in my photoproject the desire of people to show their strength while doing fighting combats, to show their will and resolution. And at the same time – absolute obedience and submission before God. Two different conditions – the desire to be strong and to be obedient before the only one God; to spend time in increasing the power and prayers.