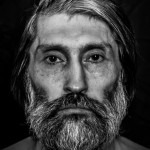 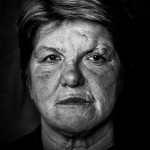 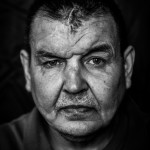 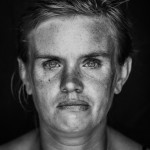 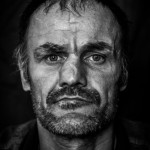 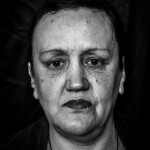 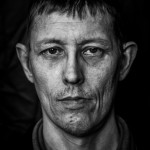 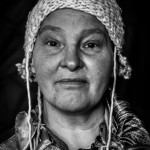 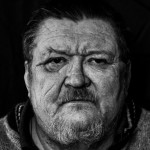 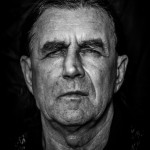 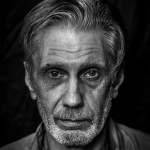 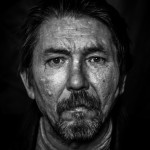 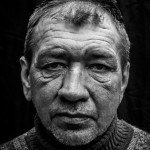 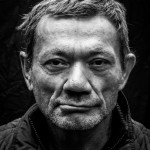 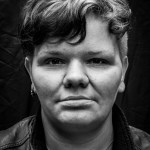 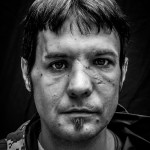 Since the beginning of the 1990s, the problem of homeless people in Russia has become more acute.
Thousands of people became homeless. Some lost their job and the opportunity to pay for housing. Others were victims of frauds and lost their only homes. In the hope of settling in a new place, residents of the former Soviet Union rushed in Russia, but not all of them found themselves in a new life. Not only alcoholics and marginals found themselves in the streets, but also the elderly, orphans, people with special needs, the disabled. Their new home was often one of the railway stations, abandoned houses etc.

It is difficult to give an exact figure of the number of homeless in modern Russia – it is not easy to count all the homeless. Most of them live in the so-called «workhouses», social shelters and shelters where tpeople try to help them – to make new documents, to find relatives, receive medical care, to warm and feed, to get a job. Part of homeless living on the streets, earn a living from the delivery of nonferrous metal, search for food in the garbage cans.
At the sight of a smelly man in ragged, dirty clothes, with a cart full of rubbish, we are often disgusted to move away and shyly hide our eyes on the floor. We think it’s a different world, it’s not about us. However, even today almost everyone can become homeless. It is not that difficult as we sometimes think. The way to the side of life for many people passes under one scheme: «I signed some papers for life rent- and they took away my apartment,» «wife divorced with me, she discharged me from the apartment, I have nowhere to live,» «I returned from the hospital, was robbed at the station, all my money and documents were stolen,» «I lost memory – and woke up on the street.» All stories are so different and at the same time so similar. Gullible, lonely pensioners, former Afghans-soldiers who have not found themselves in a peaceful life, teachers, graduates of orphanages — any of them can be that yesterday’s homeless guy from the Kazan station, from whom you shyly turned away or put in his hand 50 rubles.
It is very difficult to return to normal life ater living on the street. Not many people are able to do that. The organizers of various work and social houses believe that the path to normal life for those homeless who want to return to it lies through work and expeccially work and communal living. In this they rely on the example of the organization in Kronstadt made by father John of Kronstadt in 1882, it was the first house of diligence.

In Moscow and St. Petersburg, homeless people are helped by various organizations (for example , such as the «hangar of salvation» of the service «Mercy», «Nochlezhka» and many others). The homeless can also receive medical, legal and other assistance there.

Working on my project, I thought a lot about the fact that every homeless person has his own tragic story. Very rarely they are ready to talk about themselves and their lives. Not all of them got on the streets because of the addiction to alcohol. Many people want to go home. Even if their houses are gone. Let them be silent about it, but their faces tell us their silent and terrible story about what it is – to lose a home and cant find a way to it.