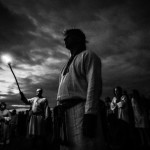 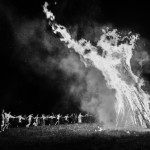 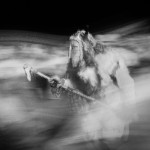 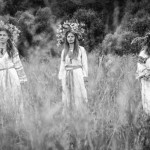 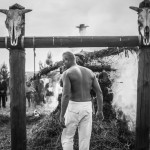 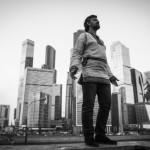 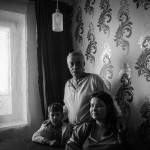 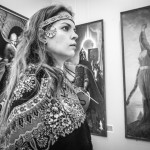 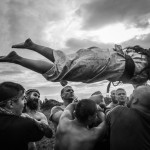 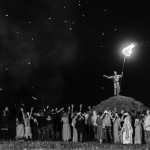 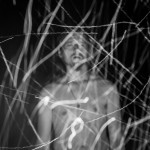 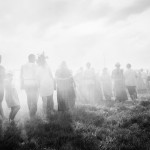 You may find a couple of pagan traditions in modern Russia. They exist among the locals in Siberia, Volga region, far North and even in central regions. You may find pagans not only among Tuva locals or Mari people. They may also live in mega-polis such as Moscow or St.Petersburg. Recently we face a huge interest towards rodnovers moment, or as they say – religion. We can try to describe it as a reconstruction of before-Christian pagans beliefs of ancient Slavic tribes. The goal is to rebuilt ancient Slavic beliefs and rites. It is also possible to say that modern Slavic paganism is a try to unite people in a kind of subculture based on pagans ideas.

Some rodnovers do their rites of purification and naming. The main sense of it is to receive a new name. They even have built a pagan temple in one of Russian regions.
In Russia first rodnovers community appeared in the late 1980. In the beginning of 1990s their leaders began to provide more aggressive propaganda and more active public work. This lead to creation of new pagans communities.

The rites of rodnovers are manysided and differ from community to community.
There exist main solar holidays (Kolyada, Ivan Kupala, Komoeditsa) and dedicated to other gods (Perun day, Veles day). Thousands of people from different Russian regions arrive to participate in the celebrations.
Each community has its own symbolics.
The attitude to slavic pagans in the society is complicated. Very often people associate Slavic pagans with nationalists. The position of Russian Orthodox Church is very poignant and definite.

Among the reasons that evoque the interest towards rodnovers the researchers assign the globalization tendencies, the dissaperenace of national differs, the growth of cosmopolite mass culture.
These reasons attract interest to “ethnical”, “to the roots”, to “national motives”, that many people find in the rites and believes of rodnovers.